Mariam asked us for a story. She needed something to start with, something she could ignore. We had sent her a dispatch in the post with notes, artefacts, a 7-inch record of Robin Scott’s ‘That’s the Way the Money Goes’, and a DVD with a compilation of home movies, local TV footage and a BBC documentary showing the last days of the coal mines (the latter two items we’d procured at the car boot sale that runs every Sunday in the spring and summer). We had sent her recordings from interviews we had done with members of the East Durham Artist Network, and recordings that local councillor Sonia Forster had made interviewing people along the high street. We had sent her the ‘raw data’ from the Eavesdrop Box which we’d installed in the Seaham library. This was all very well, but Mariam wanted a narrative, so Rebecca and I sat down and wrote a ghost story.

Mariam Rezaei runs the Old Police House in Gateshead, in addition to composing, and dj-ing, and teaching, and leading choirs. The Old Police House is part community centre, part gig venue, part artist studio, and Rebecca and I spent three days there with Mariam making a piece of music out of notes and recordings and ideas and reflections, and our ghost story. It was a massively collaborative process, with Mariam’s expertise creating a structure to hold the lively and chaotic abundance of *stuff* Rebecca and I had amassed over two months of eavesdropping. A few lines from the ghost story made it into the piece (‘ice cream and wool, olives and liquorice’, ‘how sad… not a friend to hear his last sigh’, ‘a song with no discernible singer’, ‘upon this dreary shore we have nothing but county meetings and shipwrecks’ – the latter a quote from Byron who spent an unhappy few months in Seaham after marrying Anna Bella Milbanke). Mostly, though, Mariam was true to her word and the story became the basis or the occasion for something else entirely.

A few fragments from the process: 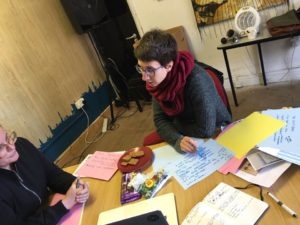 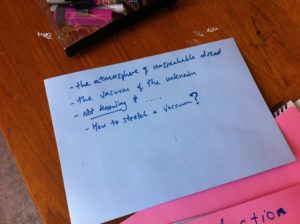 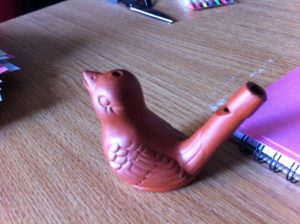 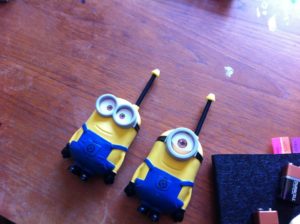 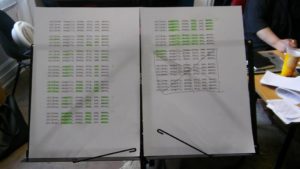 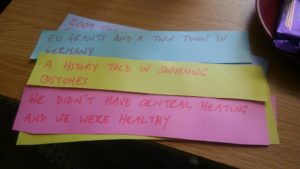 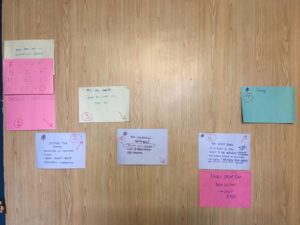