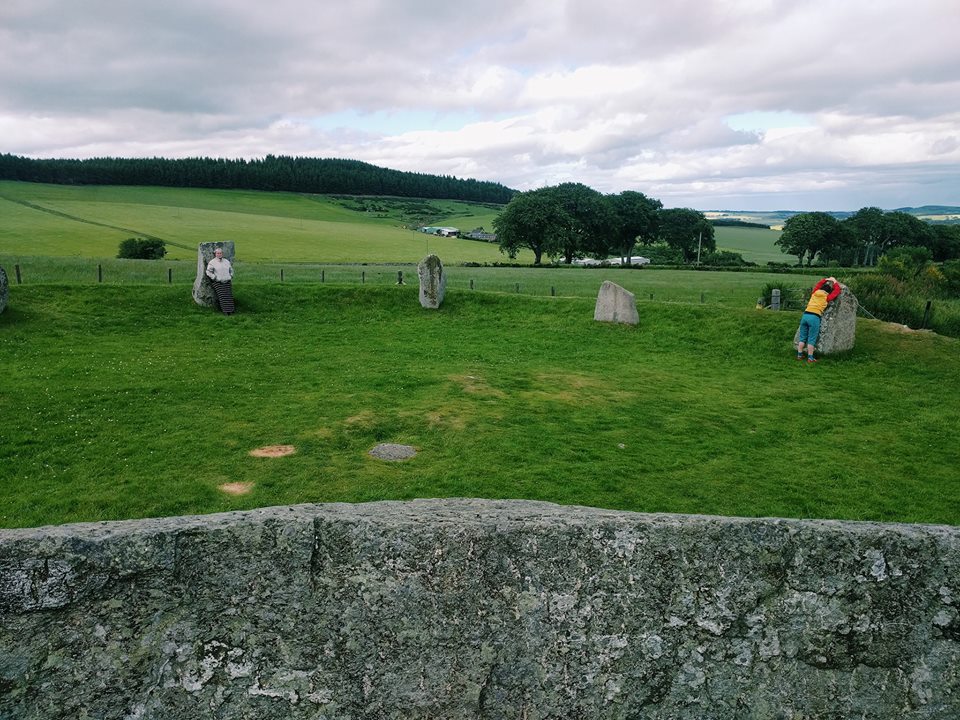 From February to June, 2017, Stolen Voices listened in on Aberdeen. On 30 June, Johanna Linsley and Rebecca Collins along with a group of local agents with their ears on the ground, offered the results of an investigation into the acoustic textures of the city.

Listen to excerpts from the show, including the first episode detailing the sonic investigation of Aberdeen, a stereo version of Pete Stollery’s 8-channel composition, and a set by guest musician the Kitchen Cynics:

ABOUT PETE STOLLERY
Pete Stollery composes music for concert hall performance, particularly acousmatic music and more recently has created work for outside the concert hall, including sound installations and internet projects. He has collaborated with practitioners from other artistic disciplines, particularly dance and sculpture. He is Professor of Composition and Electroacoustic Music at the University of Aberdeen, Scotland, delivering courses on the creative applications of technology in music and music education to students, schoolchildren and the general public. In 1996, along with Alistair MacDonald, Robert Dow and Simon Atkinson, he established the group invisiblEARts whose aim is to perform acousmatic music throughout Scotland and to promote Scottish acousmatic music to a wider audience, both within Scotland and abroad. He is Chair and Co-Director of the sound festival, Scotland’s new music festival.

ABOUT KITCHEN CYNICS
Kitchen Cynics is the vehicle for Alan Davidson, compulsive songwriter from Aberdeen. Alan packed in his job at an advanced age to concentrate on making music, much of which is inspired by the history and nature of North-East Scotland. He has self-produced more than 100 albums, and has had music released on labels in Italy, Germany, Greece & the USA. The music itself veers from gentle (but often macabre) folk song to shards of looped noise. He has a new lp due out very soon on Fitlike Records called ‘Apardion’ on which the songs are spun round significant events in Aberdeen’s history.

Stolen Voices is part of the Silver City Stories Programme funded by Aberdeen City Council, the University of Aberdeen and Visit Aberdeenshire, and produced in partnership with Aberdeen Performing Arts. Special thanks go to Lesley Anne Rose for her creative support throughout the process, to Kirsty, Jamie, Dave, Badger and all the team at APA who have made us feel very welcome.

Thank you to a number of people who offered their insight and expertise to the project, including Bernie Morrison (CEO, Pangeo Subsea); Samantha Walton (Lecturer in English Literature, Bath Spa University and author of a forthcoming book on Ecology and Mind in the work of Nan Shepherd); Simone Kenyon (artist); the staff at the Aberdeen City and Aberdeenshire Archives at the Town House and Old Aberdeen House, including Ruaraidh Wishart and Phil Astley; and the bar staff at Six Degrees North. Thanks as well to the fantastic artists at the Anatomy Rooms and Seventeen Gallery, and to the members of Youth Media Project at SHMU, who took part in workshops leading up to this work.

Many thanks to Jim Ewen and Kirsty Russell at The Anatomy Rooms; Murray Dawson, Denise Reid, and Lori Wilson at SHMU; John Anderson at 57 Degrees North; Steve Slater at CityMoves; and Ruth Fisher at VisitAberdeenshire for their support in the development of Stolen Voices Aberdeen. Finally, thanks to the many people in Aberdeen with whom we’ve had conversations, and whose conversations we’ve overheard.