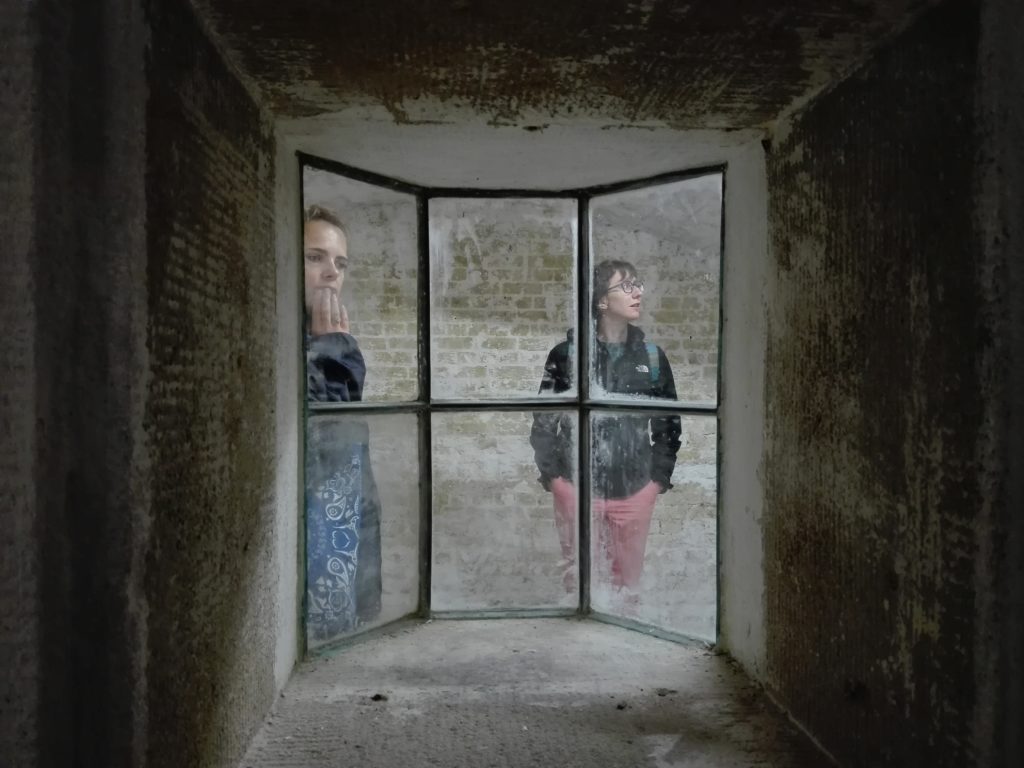 In September, 2017, the investigation was called to the Suffolk Coast.  Described as ‘The Felixstowe Affair’, this configuration of Stolen Voices brought together a group of composers and sonic artists to pursue the mystery of an as-yet-unidentified event implicating sites in Ipswich, Felixstowe and Aldeburgh. Through field visits, remote tasks, research-based inquiries, and compositional prompts the group produced an aural ʻsolutionʼ to this semi-fictional mystery.

Key leads in the run-up to the investigation included a history of the shipping container and its role in the logistics revolution underlying contemporary capitalism (responding to the Port of Felixstowe – the largest container shipping port in the UK); details of the affair between King Edward VII and Wallis Simpson (who used Felixstowe as a bolthole whilst Simpson’s divorce was being read at Ipswich assizes); and the 1968 BBC television adaptation of ‘Whistle and I’ll Come to You’, by Victorian ghost story writer M.R. James.

Participants undertook excursions through the lounges and dining rooms of the Orwell Hotel (built in 1898); a silent walk to the Port of Felixstowe, which took in the finishing line of a community 5k run, a private citizen’s webcam cluster on a residential road, Landguard Fort, the View Point Café, and extended eavesdropping on the port itself; a guided tour of a Martello Tower by National Coastwatch volunteers; and individual field recording sessions.